Learn Something New: Create a Feature 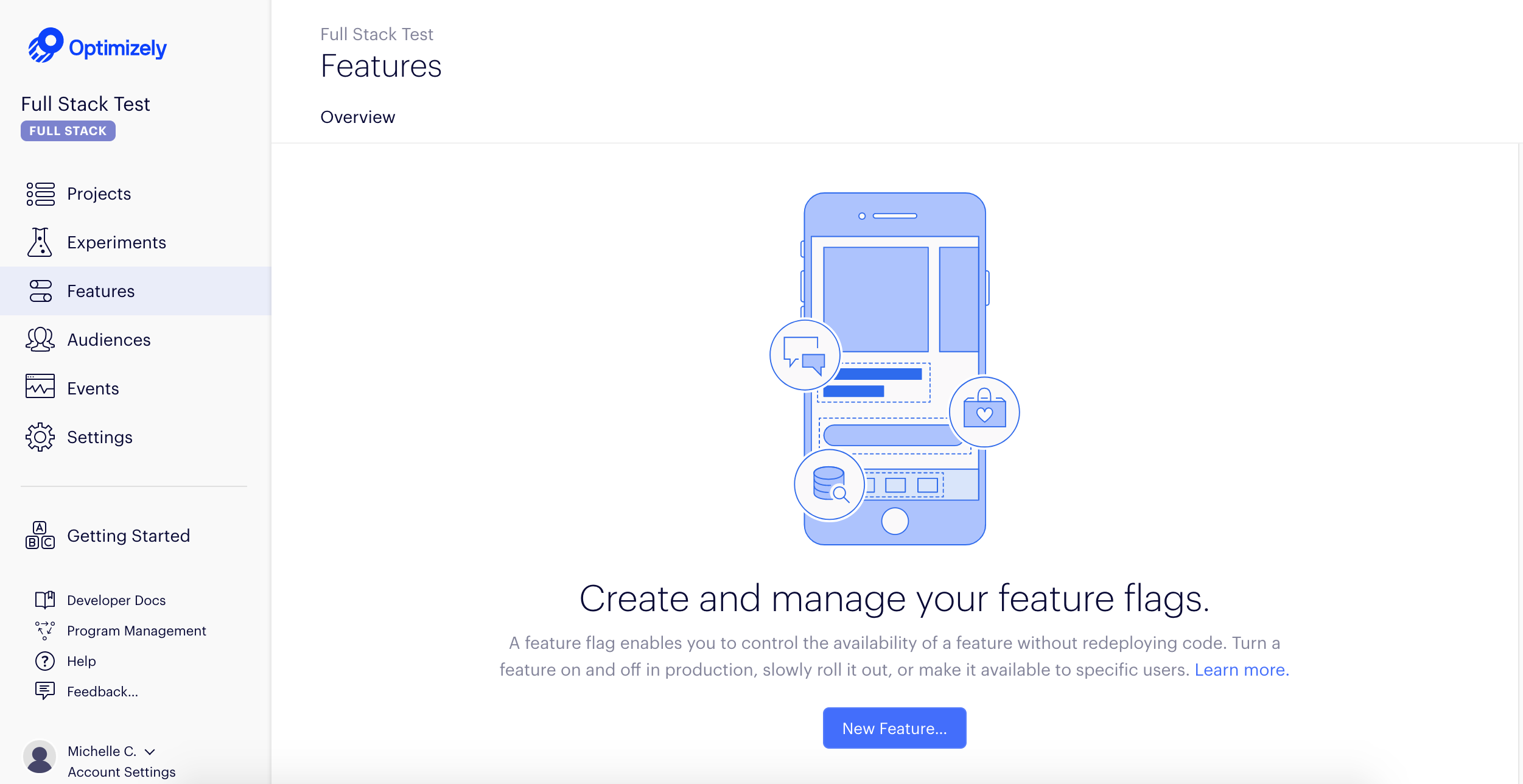 In the New Feature window, provide the following details:

Return to this feature whenever you want to update the feature flag and its availability. You can add and remove audiences, toggle the feature on in different environments, roll it out or back, and refer to the example code.