Learn Something New: Develop your ideas

Once an idea has been scored, it’s time to dive into the workflow. You’ll want to update the status of scored ideas to visibly display whether your hypothesis is awaiting prioritization, or is actively being worked on. On the Ideas dashboard, teammates can view and filter ideas based on status, help prioritize the backlog, and view what's active or archived.

Every idea has a status attached to it:

Once an idea has been scored and prioritized to begin work, you’ll want to change the status of the idea to move it from Backlog to Active to show which ideas are ready to be worked on.

Teammates will also change the stage of an idea. This allows teammates to have visibility to the progress of each experiment. They can go into each idea and simply check the box once each stage is complete. A box will pop up confirming the stage change to the next stage in the process. 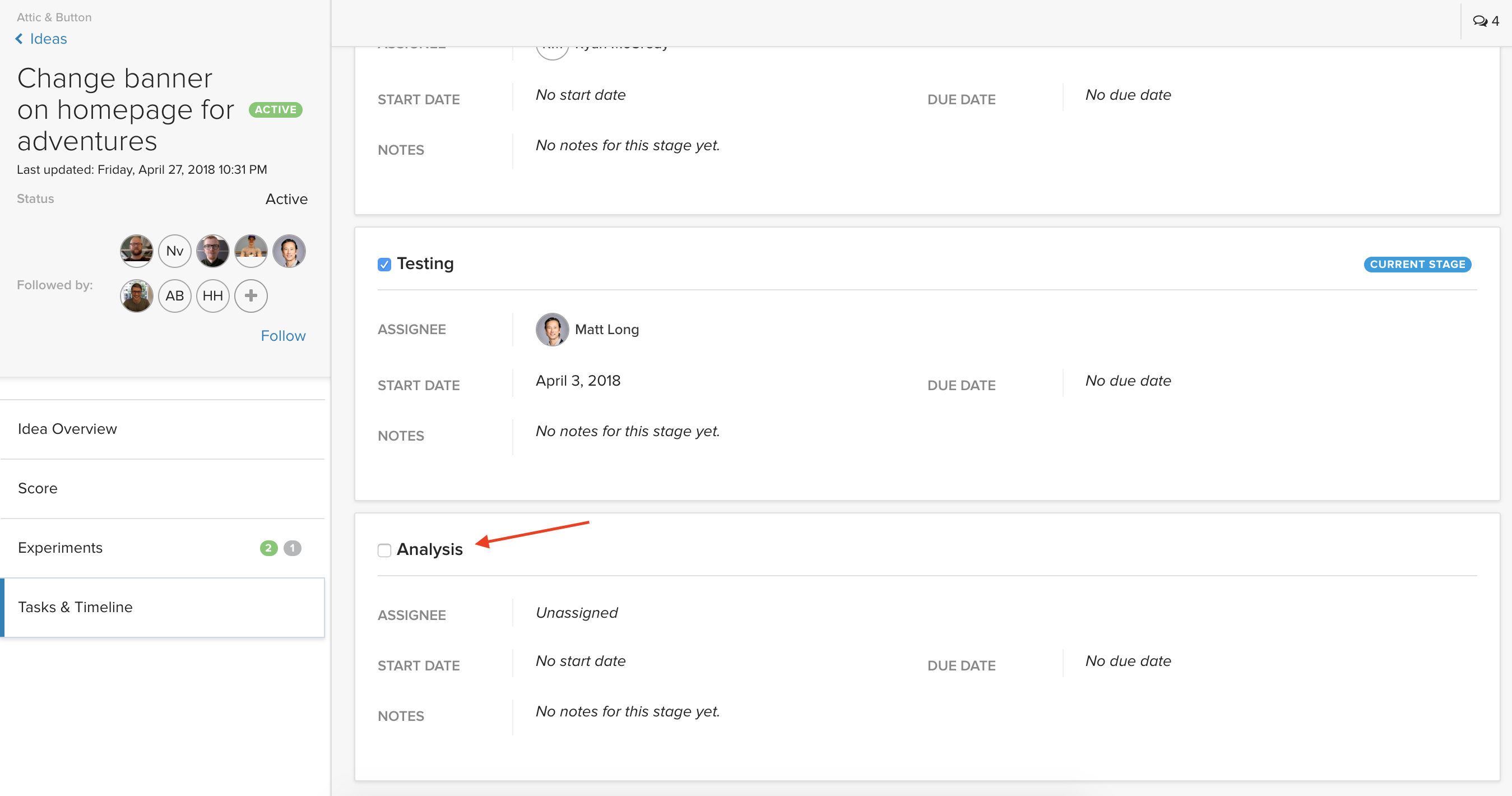 Teammates can move the idea along its path in the experimentation process by choosing one of seven stages:

An idea is most commonly associated with a single experiment (and is easier to develop and execute if this is the case), but on rare occasions, it can be tied to a number of experiments. Some reasons why you might need multiple experiments could include an idea that needs to be implemented in different regions with different design needs or if it will be developed on both the website and an app.

This level of visibility helps to ensure your team is not only internally kept up-to-date on the status of projects, but also allows anyone with access the ability to communicate with authorized people and groups outside the project, such as stakeholders or non-team members who submitted an idea on the exact status of an experiment. Imagine how much easier it would be to let an intern or assistant loose on your weekly update email to the company if all they had to do was check the dashboard!