“From day one, the team at CROmetrics has been great to work with, and they, along with the Optimizely solution, continue to be absolutely instrumental in helping us to implement the number of experiments we have run over the last several months.”
Conor Coughlan, Senior Marketing Manager 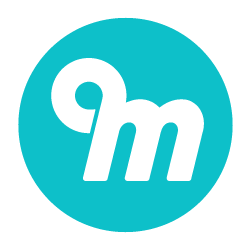 Conor Coughlan is Metromile’s enterprising Senior Marketing Manager. The Metromile team already had a robust channel experimentation program in place, and Coughlan wanted to take this approach to optimizing the website. The ad hoc testing his team was conducting at the time wasn’t achieving the results they needed, so he set out to clarify their vision and add new resources.

Initially, he reached out to Optimizely’s James Clifford, but together they determined that Metromile's team was already fully dedicated to many important projects, and didn't have the time required to run the impactful, strategic experimentation program Coughlan had in mind. That’s when Clifford introduced Coughlan to one of Optimizely’s top services partners, CROmetrics.

Coughlan sensed that their website forms were daunting and outdated. He hypothesized that by simplifying the forms, Metromile’s conversion rates would increase. The team also believed that embedding the conversational questions directly on the homepage would improve conversions.

Using the Optimizely X Web experimentation platform, the Conversational Test Series was launched. Metromile and CROmetrics tested new forms on both the homepage and the insurance quote page. They broke down the long, intimidating forms into a succession of conversational, easy-to-answer questions. As the results started to flow in, they iterated on the tests and refined the forms as they learned what customers responded to most.