Trunk-based development (TBD) is software development strategy where engineers merge smaller changes more frequently into the main codebase and work off the trunk copy rather than work on long-lived feature branches. This development model is often leveraged as part of a continuous integration development workflow.

Why Trunk Based Development

To understand how trunk-based development, it's useful to first look at the alternative strategy, feature branch development. 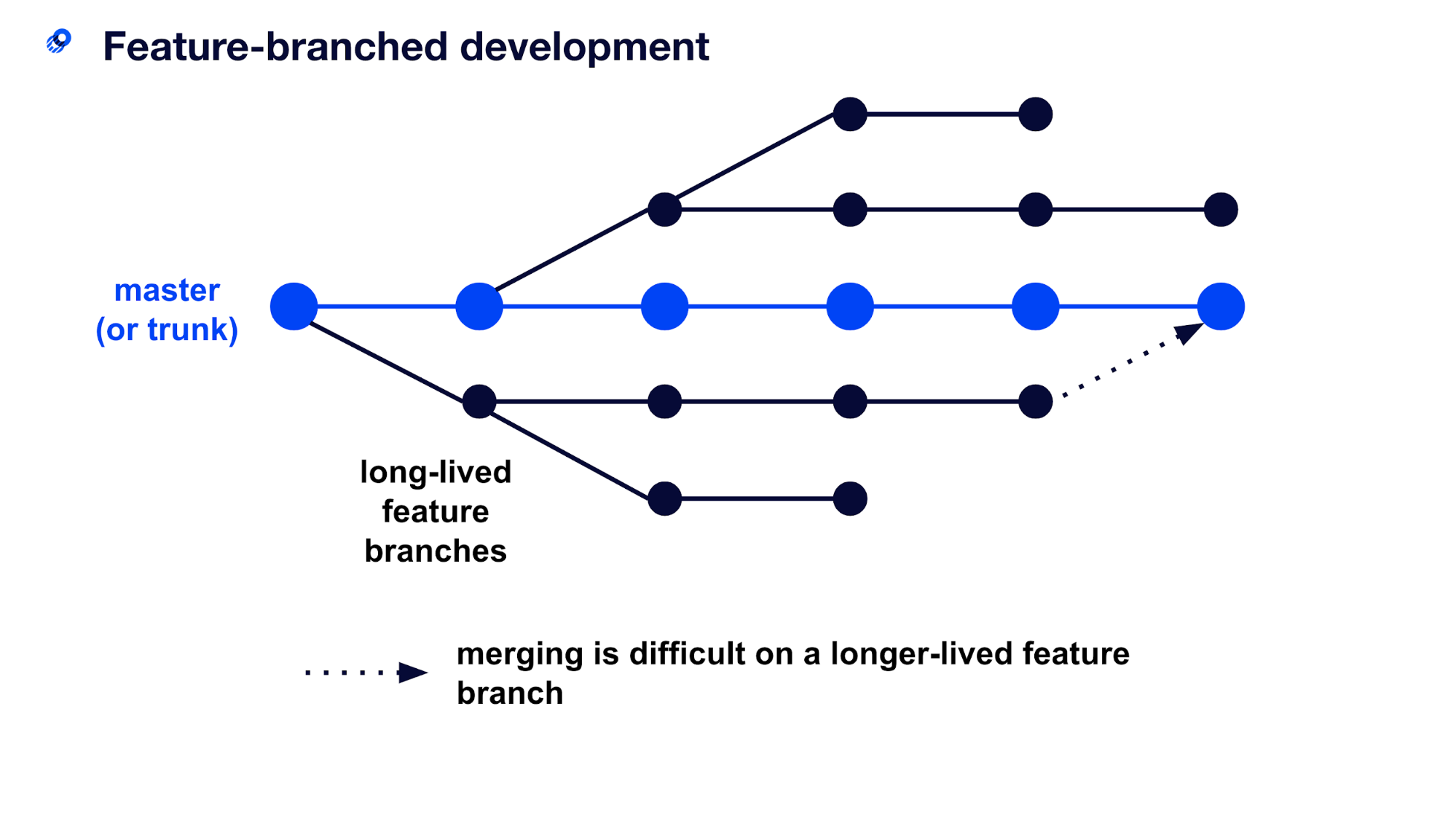 This long stretch of time can make the process of merging difficult because the trunk or master branch has likely changed due to other engineers merging their code changes and version control gets difficult. This feature branching can result in a lengthy code review process when looking to create a release branch to be deployed. Often resulting in many different pull requests having to be analyzed to resolve merge conflicts.

Benefits of Trunk Based Development 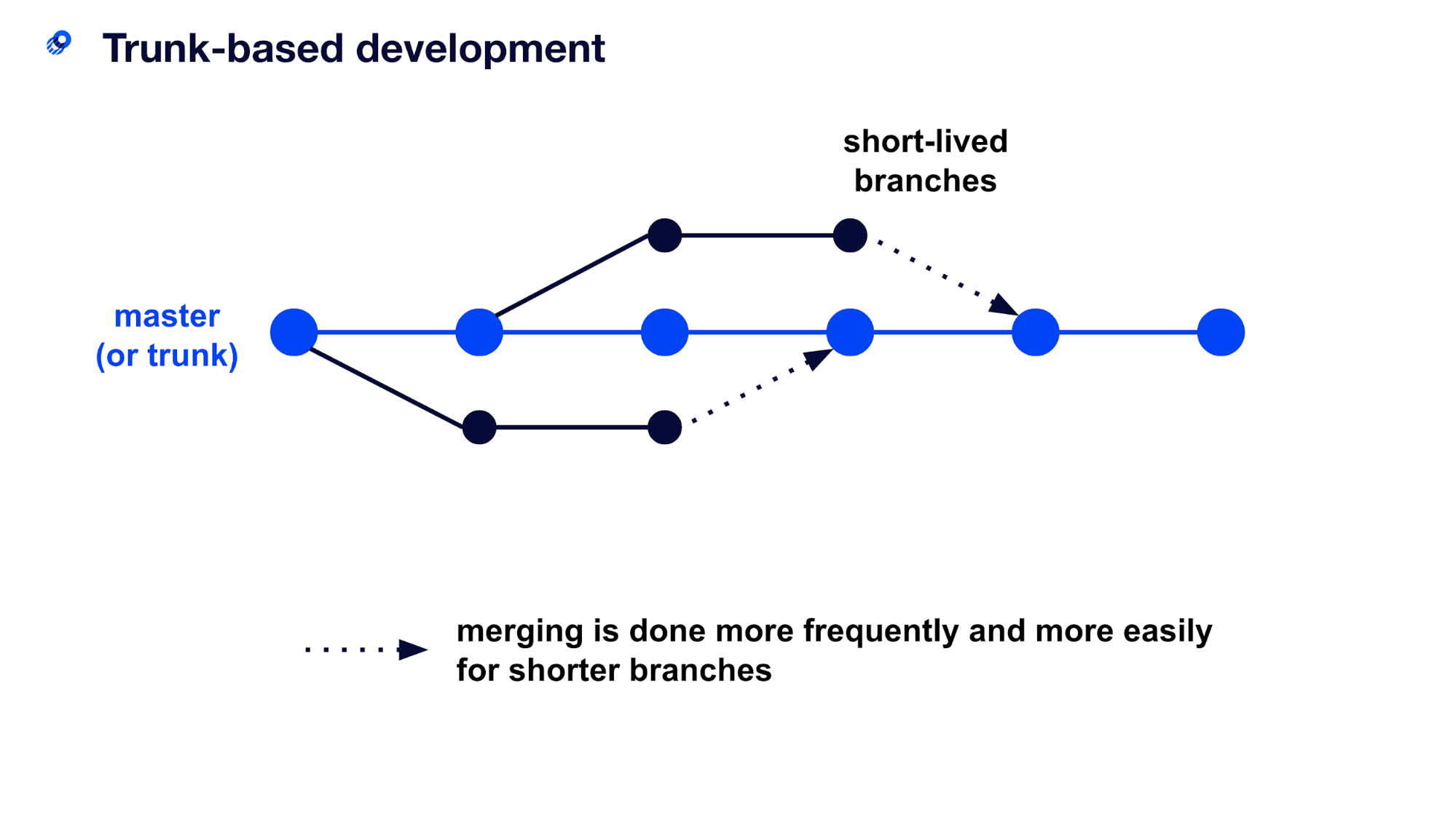 Thus, trunk-based development is a methodology for releasing new features and small changes quickly while helping to avoid length bug fixes and "merge hell". It is a growing popular devops practice among agile development teams, and is often paired with feature flags or feature toggles to ensure that any new features can be rolled back quickly and easily if any bugs are discovered.

Trunk Based Development and Feature Flags

The practice of feature flagging (pioneered by Martin Fowler), or wrapping new features in code which can be remotely toggled on and off, is one common development process that software engineers employ to help to implement trunk-based development while reducing the risk of introducing bugs into the code.

Feature flags can also be used to roll out features slowly, to a small portion of a project's user base rather than having one big launch, which helps limit the blast radius of any potentially buggy source code.

Trunk Based Development and Optimizely

Evaluating and making sure your potential partner delivers the right progressive delivery and experimentation platform can be difficult. Download this free template to evaluate the quality of platforms and make sure they deliver exactly what you need.

In under 4 minutes, this full platform demo will show you how to create winning digital experiences.

More people are accessing the internet in new ways, which means your digital customer experiences are more valuable than ever. Our new COVID-19 guide is full of practical advice and proven ideas on using experimentation to stay ahead of the game.