There is something of a diversity and inclusion marketing movement happening. And brands that tout their exclusivity and focus on messaging to only a specific or perhaps elite demographic are missing out.

Companies are now prioritizing connecting with underrepresented groups including LGBTQ, African Americans, Latinx, and other minority communities, individuals with disabilities, and all religious affiliations.

Recently, the infamous letter taken out in the New York Times by Third Love’s CEO Heidi Zak made a couple of points regarding inclusivity:

“We believe the future is building a brand for every woman, regardless of her shape, size, age, ethnicity, gender identity or sexual orientation. This shouldn’t be seen as groundbreaking, it should be the norm…” she wrote. “And please stop insisting that inclusivity is a trend.” 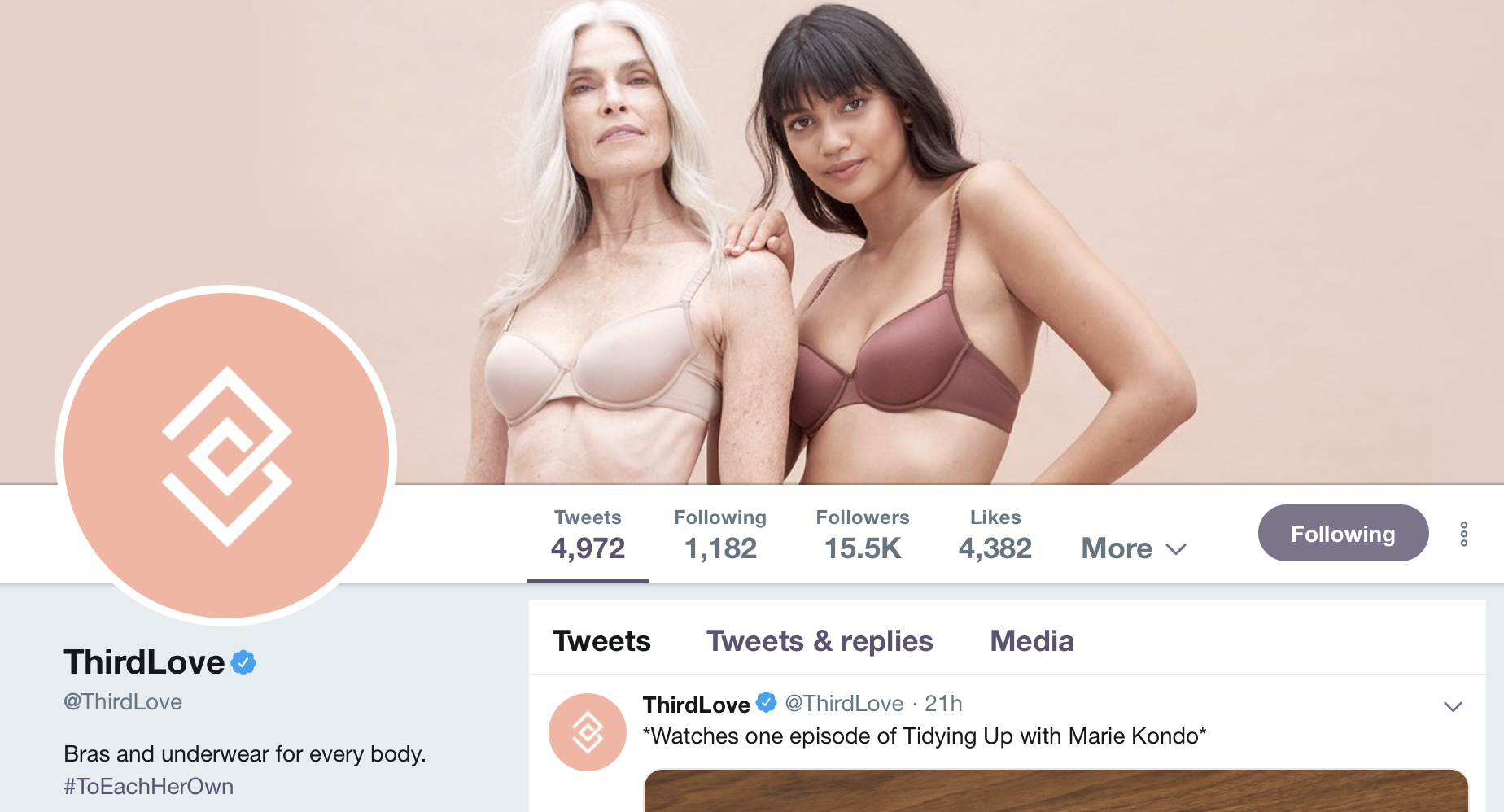 Calling brand inclusivity a trend can indeed feel reductive, but there’s no doubt that having an inclusive marketing strategy is more important than ever among today’s consumers, and some brands like ThirdLove are garnering lots of positive earned media and loyal fans by embracing the movement.

Of course, the concept is not new — remember that iconic Coca-Cola commercial about “buying the world a coke?” But those moments have been few and far between until recent years.

That’s because brands and marketing teams are getting better at listening to consumers and aligning with their values. Consider this: 70 percent of Millennials are more likely to choose one brand over another if that brand demonstrates inclusion and diversity in terms of its promotions and offers, according to the 2018 Accenture Holiday Shopping survey. And nimble direct-to-consumer brands have often been the ones leading the way on content marketing that showcases values.

“We have witnessed first-hand how women have collectively embraced brands that stand for something, that try to make the world a better place and that focus on inclusivity instead of exclusivity,” says Ra’el Cohen, Chief Creative Officer at ThirdLove. The intimate apparel brand’s appeal and growth has largely been because of its core mission of building a bra for every woman, regardless of her shape, size, age, ethnicity, gender identity or sexual orientation.

“Consumers have evolved from wanting to be sold an unrealistic dream, and instead, opt to feel like they’re a part of the dream,” she says. “They want to see themselves in the brands they support, whether that’s in the products offered or models portrayed in marketing.”

Brands are catching on to that notion, but there’s still so much more room for growth, especially when it comes to using more diverse images. In fact, more than 91 percent of U.S. marketers agree there’s more work to be done. But Cohen is hopeful that things are moving in the right direction. “We’ve seen many brands in our industry and others begin to embrace inclusivity in just the past year, and we anticipate continuing to see the same investment moving forward,” says Cohen. “It was very overdue.”

If you want to make 2019 the year that your brand embraces diversity and inclusion, here are some key strategies to try.

You don’t have to spread yourself thin and try to be everything for everyone, but thinking about how to reach people outside of your main target audience can be a worthy investment of your time and digital marketing strategy budget. “We certainly have featured a set of demographics heavily, but we don’t feel like we need to exclude anyone in our marketing,” says Cohen. For example, the brand recently featured a model in her 60s in its “To Each, Her Own” campaign, and the response, especially from their millennial and gen Z customers, was overwhelmingly positive. “We’ve seen that women respect brands that show diversity and underserved demographics, even if doesn’t directly reflect who they are,” she says.

Get inspired by your real customers

One of the first places to look for inspiration can be your real customer base. Positioning itself as a dating site for all, one that empowers women and breaks down gender roles, Bumble recently launched a campaign to celebrate its diverse users in New York City. 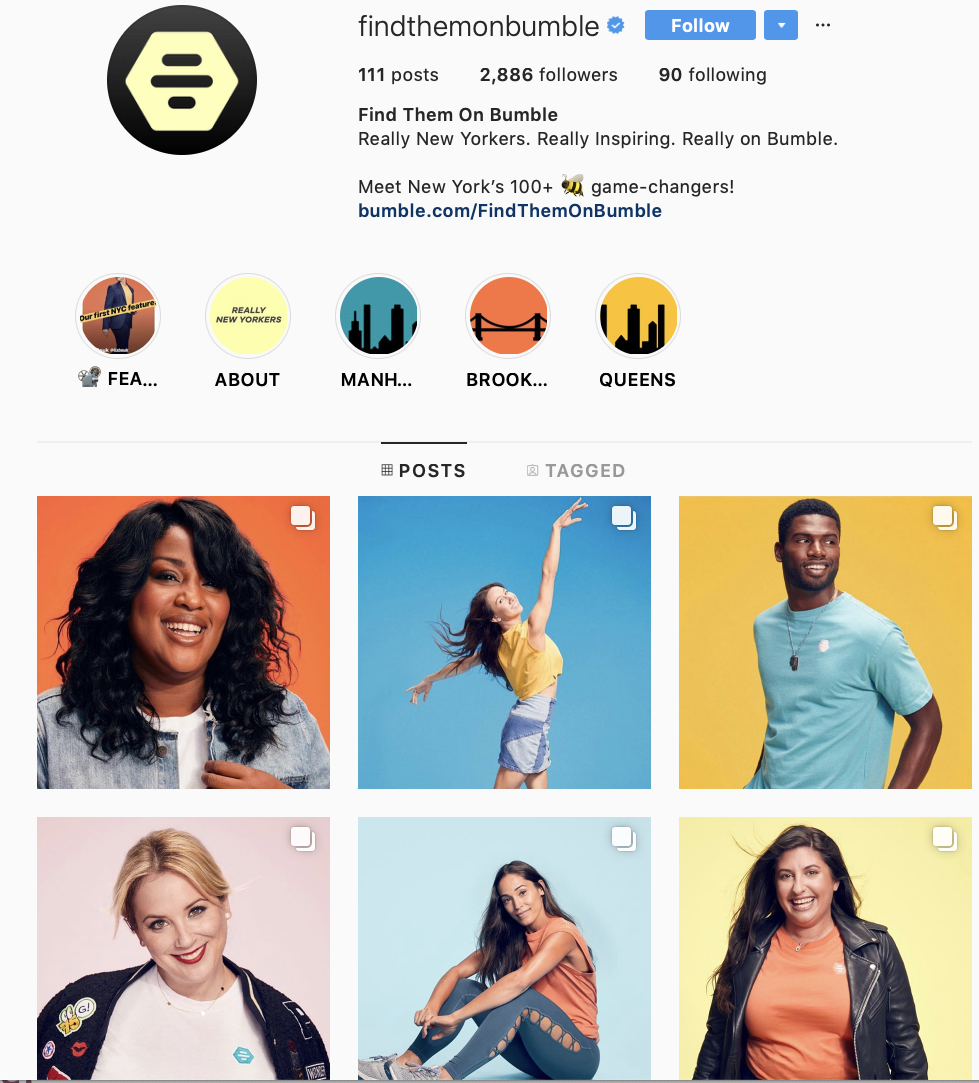 The brand set up the dedicated Instagram handle @FindThemOnBumble to showcase its diverse, real life customers on social media. The description says: “In these pages, you’ll meet some of the most inspiring people from the five boroughs. They’re entrepreneurs, game-changers, and ceiling-crashers. They’re designers, artists, and activists. Some are single parents. Others are immigrants and first-generation Americans. Many have overcome astonishing odds.”

To round out the campaign, Bumble also created hyper targeted ads and visuals to the users’ neighborhoods, favorite hangouts and workplaces, and a companion docuseries dubbed “the most inspiring New Yorkers.” The short-form videos will be featured on Instagram and on Bumble’s website.

Practice what you preach

Inclusivity is a movement, not a trend, says Cohen. “In order to authentically embrace the movement, it has to be core to who the brand is ­– it can’t be a gimmick.” For Third Love, that means casting a mix of women from all backgrounds, education, sexual orientation and age on its social channels and blog, both models and non-models. “This helps elevate the voices of traditionally overlooked groups. Providing visibility to all is a major step in making progress,” says Cohen.

When Microsoft created and launched the Xbox Adaptive Controller, it brought gaming to people with a broad range of disabilities who hadn’t been able to play otherwise. Everything about the device involved inclusivity, from including disabled people in the product development, to the thoughtful design, to how the product is being marketed.

When the product first launched in the summer of 2018, Microsoft featured a long-form story on its content hub, Story Labs, about some of the people with disabilities for whom the product was created. And during the holidays, the commercial, “Reindeer Games,” that showed a group of friends sharing the joyful moment that their friend with a rare genetic disease got to play a video game for the first time was one of the most moving spots of the season.

“The genesis of the ad was really rooted in the song and the story of Rudolph, where what looks like a difference or a challenge is really an opportunity waiting to be realized,” said Kathleen Hall, corporate VP of brand, advertising and research at Microsoft in an AdAge article. “The real power and magic of technology is its ability to bring us together and make us better, no matter what our differences.”

As you do build out your diversity marketing efforts, ask yourself: Is my brand doing enough to be inclusive? Confirms Cohen, “What worked 30 years ago is not working today because people have come to expect more from the brands they support, and not recognizing this shift is an incredible oversight by the brand’s leadership.”

Today, brand messaging needs to be mindful of diverse voices across many groups of people. Inclusive marketing campaigns shouldn’t be considered marketing trends, but rather mechanisms that drive inclusive culture. The benefits of being an inclusive brand go beyond user experience and into territories that foster real, meaningful relationships with their customer base.

Diversity & inclusion are no longer, but real tangible ethical goals for any company that aims to achieve sustainability.